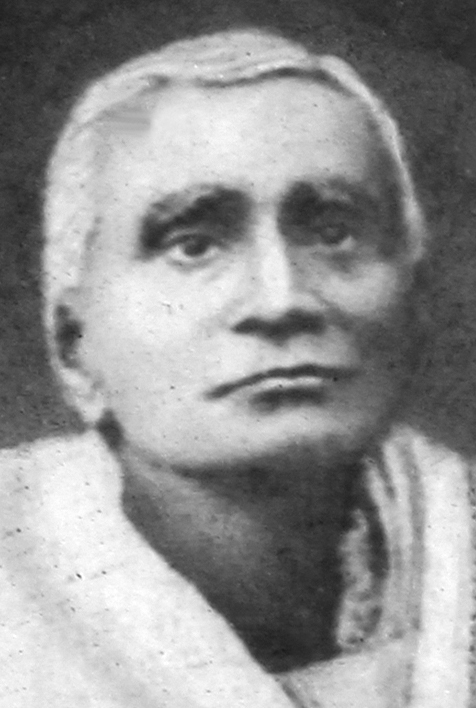 Radhika Prasad Goswami was born in Vishnupur and after learning there in childhood had eventually learnt in Calcutta from Shivnarayan and Guruprasad, two renowned singers of Betiah. Dhurjati Prasad Mukerji has expressed the opinion that only Radhika Prasad was comparable to the Behram Khanis in alap, though he writes that Radhika Prasad was primarily a dhrupadiya - his focus in singing was compositions and not alap.

"Radhika Prasad had probably the largest repertoire of dhrupad compositions in the country. He had a very fine voice and a highly developed sense of laya. He never displayed virtuosity for its own sake, but concentrated on the spirit of the raga and of the composition." (from Radio Sangeet Sammelan, 1955)

For more on Radhika Prasad Goswami and other musicians of his time with rare photographs see book Dhrupad of the Dagars, Conceptual Foundations and Contemporary Questions