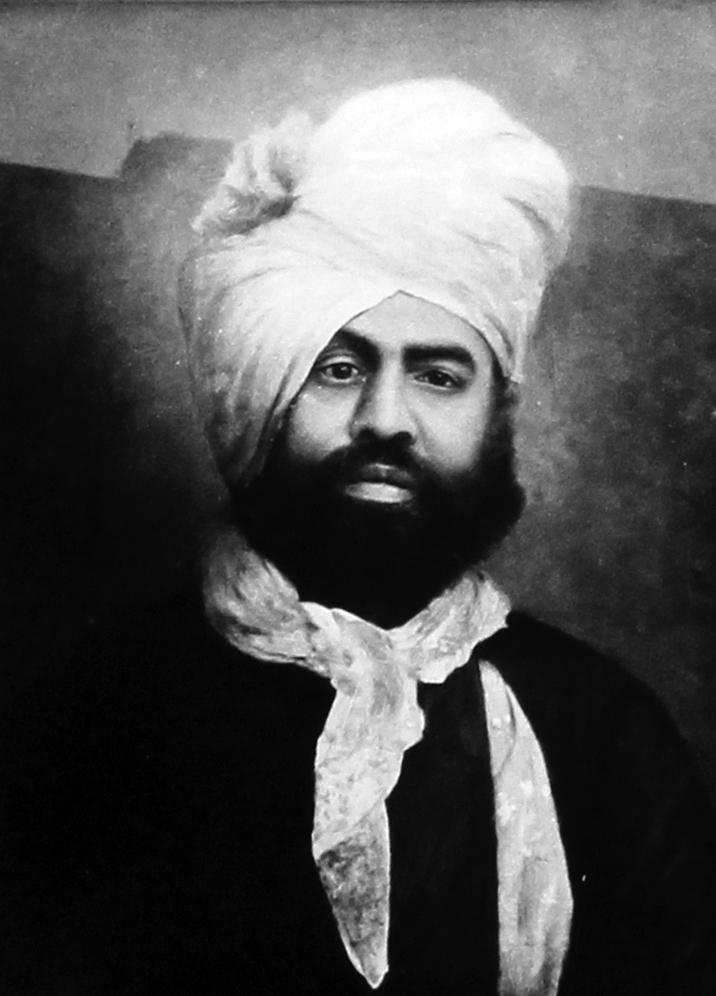 Allabande Khan the younger son of Mohammad Jan Khan and grand nephew of Behram Khan, served in the court of Udaipur State with his elder brother Zakiruddin Khan, and later around 1912 was appointed the principal musician in the court of Alwar. He was renowned for his alap and his use of gamak. Sociologist Dhurjati Prasad Mukerji who heard him and his son Nasiruddin Khan on several occasions writes - 'Allabande Khan's style of alap in dagar bani is still a legend in music circles'. His style of singing was serene and mellifluous, in contrast to the forceful style of his elder brother Zakiruddin Khan. They together formed a very effective pair and were renowned for their duets. Allabande like his elder brother was well versed in Sanskrit and Persian. His singing in the All India Conferences of 1918 (with Zakiruddin), 1919 (with Nasiruddin) and 1925 (with Nasiruddin and Ziauddin) earned great acclaim. Allabande Khan married the younger daughter of famed vina player Bande Ali Khan who bore him four sons Nasiruddin Khan, Rahimuddin Khan, Imamuddin Khan and Hussainuddin Khan all of whom became Dhrupad singers of repute.

Allabande Khan is variously stated to have also played tthe sursringar or the dilruba. He used to write diaries some of which with a lot of information about his daily life and his music still survive. He also wrote an unpublished work on music in Urdu. There exists a recording of Rahimuddin Dagar, illustrating the differing approaches of Zakiruddin and Allabande Khan by singing the same melodic phrase in raga Shree in their respective styles. Judging from this demonstration of Rahimuddin Dagar, Zakiruddin Khans style was manly and forceful with an emphasis on syllables, and Allabande Khan’s soft and mellifluous. It could be due to their contrasting styles that they could be very effective as duet singers, though they also performed individually on many occasions.

For more on Allabande Khan and other musicians of his time with rare photographs see book Dhrupad of the Dagars, Conceptual Foundations and Contemporary Questions