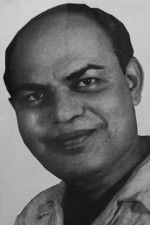 Mohammad Dabir Khan, his father Nazir Khan, and grandfather Wazir Khan were descendants of the famed 18th century veena player Niamat Khan who is said to have been a descendant of Tansen's daughter Saraswati and veena player Naubat Khan or Misri Singh. Dabir Khan was the last veena player of the Rampur Seni tradition. His father Nazir Khan (Pyare Saheb) had died at a young age and Dabir Khan had been trained by his grandfather Wazir Khan and also by his uncle Sagir Khan. In the tradition of his family, Dabir Khan also sang dhrupad and knew many vocal compositions of the Seni tradition. He had lived for many years in Calcutta where he had trained many students.

For more on Mohammad Dabir Khan and other musicians of his time with rare photographs see book Dhrupad of the Dagars, Conceptual Foundations and Contemporary Questions