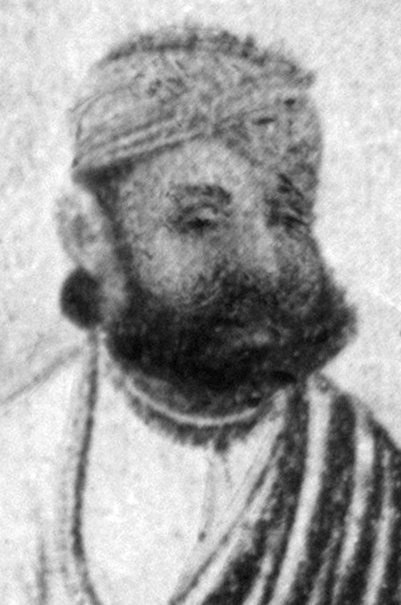 Amritsen was the most renowned exponent of the Jaipur Seni style which was developed by him and his father Rahimsen who combined elements of dhrupad, veena, and the virtuosic passages or fiqrebandi of khyal that had been popularised by Mubarak Ali to produce a new style of sitar playing. The Jaipur Senis also played the veena and practised dhrupad singing as a secondary art and had a vast stock of dhrupad compositions.

Amritsen's by all accounts extraordinary playing made him a much sought after musician in the courts, with various rulers vying to engage him and showering lavish gifts on him. The Maharaja of Jaipur is reported to have told the Mararaja of Gwalior, upon being requested by the latter to give him Amritsen, that if he wished to take Amritsen he would have to take him - Sawai Ram Singh, as well.

The Jaipur Seni sitarists played on a distintive sitar with two resonators attached to the back of the finger board and characteristic large gaps in the frets which required some notes to be played entirely by pulling the string. They played the slow and moderate tempo masit khani gats with improvisations - the todas and fiqras, rather than the faster raza khani or purbi variety that developed in Lucknow.

It has been said that it was the virtuosic sitar playing of Rahimsen and Amritsen that destroyed vocal music in their tradition, as the younger Senis all wished to follow on their path and take up playing the sitar rather than sing dhrupad. Alamsen and Hyderbaksh were the last dhrupad singers of the Jaipur Seni tradition.

For more on the Jaipur Seni tradition, Amritsen and other musicians of his time with rare photographs see book Dhrupad of the Dagars, Conceptual Foundations and Contemporary Questions